​Sons of the American Revolution

Patriot Doors leading into the chapel - the names are displayed on plaques located on each side of the doors.  The initial listing consisted of 2531 names. The listing of Patriots did not stop with this initial listing. As new members were accepted and existing members filed supplemental applications, names were added to the database. The second set of plaques contained approximately 150 new names. The third and last set of plaques to be added most recently contained 275 names. 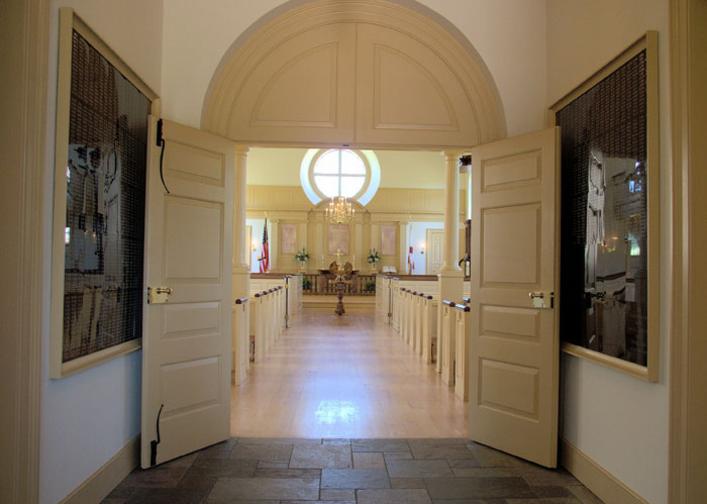 The American Village is a nationally-pioneering classroom and American history and civics education center that engages and inspires 35,000-40,000 students annually from Alabama and Southeastern states in experience-based academic programs related to American history, civics and government.

The Lucille Ryals Thompson Colonial Chapel at the American Village
On November 30, 2000, the first anniversary of the American Village, a number of clergy members joined the Chapel board in consecrating ground for an entirely privately-funded non-denominational chapel to be built in thanksgiving for God’s blessings on America.